"A bee
staggers out
of the peony"
-Matsuo Basho

Just how I feel after diving into a painting and emerging only after the nectar has been consumed and the painting has gained momentum. And I am almost staggering because the energy that pulls you in is intense. It falls into the category occupied by dark chocolate, sex, designer shoes etc. You are definitely in another zone, on another level, around the bend. It is a space where your Self is forgotten and you see only the golden thread and without hesitation you follow that divine impulse of delight. Because it is mysterious and alluring. Einstein said there is nothing more beautiful than the mysterious. And it is this dazzling beauty that you are lead by. It is intensely personal and at the same time universal.

Mythical stories chronicle the appearance of ancient super intelligent beings that interacted with humans gifting them with a payload of cyber-cerebral effects that enhanced and accelerated their creative ability. In Greek mythology Prometheus was a legendary god with a sense of humor and a soft spot for the adorable innocent neophyte human: he tricks Zeus into eternally claiming the inedible parts of cows and bulls for the sacrificial ceremonies of the gods, while conceding the nourishing parts to humans for the eternal benefit of humankind. Not only that, Prometheus gave mankind fire stolen from Mount Olympus thought to be symbolic of creative power. For so favoring the lowly human race he was eternally punished by Zeus but eternally adored by artists of all stripe thankful for the supercharge.

Still in existence today are ancient and profound planetary monuments, auguries of awesome acts of pure creativity, a facility considered to be so important for future understanding that these signifiers were forged as stone monoliths and left all over our blue green planet. Consider the 3 recently discovered stone blocks in the ancient stone quarry of Baalbek, in Lebanon. It has been concluded by archeologists that they are the largest known stone blocks ever carved by human hands. Irrespective of function or purpose, their 'worker bee' creators delved deep into the peony. They created something. They made an indelible mark. It was important. Creation of a monolithic block surely had to be worthy of the effort. 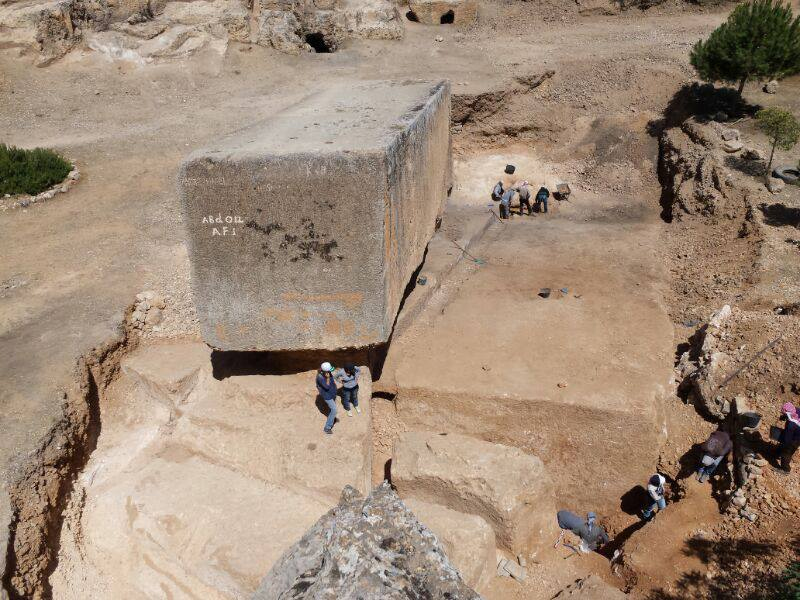 The act of creativity specific to our species on earth has essentially lead the evolution of human civilization. Most religions say mankind was created. But were we a protoplasmic recipe created in a petri dish by drooling aliens in white lab coats or did we naturally evolve from a distant foggy past where we slithered on a beach and eons later communicated in grunts? Fast forward to the most sophisticated brains of today: mathematicians who write formulas that fill a blackboard or summarize a universal law in three characters, scientists who understand neutrinos, musicians that write great symphonies even if they are deaf... All were seduced in the creative mindspace which is expanding at an astonishing rate as most easily perceived in the field of technology, so rapidly advancing since the Industrial Age. In just sixty years we went from horse and buggy to walking on the moon! For the most part, what is being ingeniously expressed in modern civilization is a benign and healing energy that could ultimately save us all.

On the other side of the coin there is the dark force that causes indescribable harm and malice potentially leading to catastrophic self- annihilation or destruction. Unfortunately for some, it is also a powerful intoxicant creatively manifested in some form of war in ever new versions: hot war cold war crazy war.

“Those that I fight I do not hate,
Those that I guard I do not love;”
-W.B. Yeats from An Irish Airman Foresees His Death

Will we stand steadfast on the side of the peony and be thoroughly UN-radicalized by it, stripped of all desire to dominate and control through force. Will we throw down all our weapons in one great pile to create a new Atlantis. Will we drink the nectar fall in love with life find ways to express negative emotion harmlessly create new lasting wonders that will remain marvels forever. Why ever not?

For me as a relatively ineffectual little person, it is the experience of being inside the peony that is the motivation to paint. It is the falling into freedom that both intrigues and sometimes confounds my creative spirit beckoning me to put down my wobbly ego and trust in the spark. The spark of pure inspiration has become more important and powerful than any pedantic image I could make so I have eliminated most recognizable elements in my paintings. Painting in the abstract genre is an opportunity to preserve the mystery that is there before a painting becomes something and tells you everything about itself without your consent. In order to assimilate the affect of an abstract painting it is necessary to allow it to be initially felt on the level of sensation rather than on conceptual terms. Maybe this explains why viewers know they either like or dislike a piece of abstract art but cannot say exactly why.

Heaven and earth and the spark that made them. Or if you prefer it is a landscape containing a serpent. The serpent/spark was pure accident resulting from a spontaneous pouring of paint across the canvas with the intention of spreading it into a thin film but surprisingly it was the perfect finishing touch that completed the painting in an unexpected way.

The creative impulse is like catching the tail of a comet. There is such power to fuel your flight you just have to buzz off to the next peony regardless of life's provoking irritations.